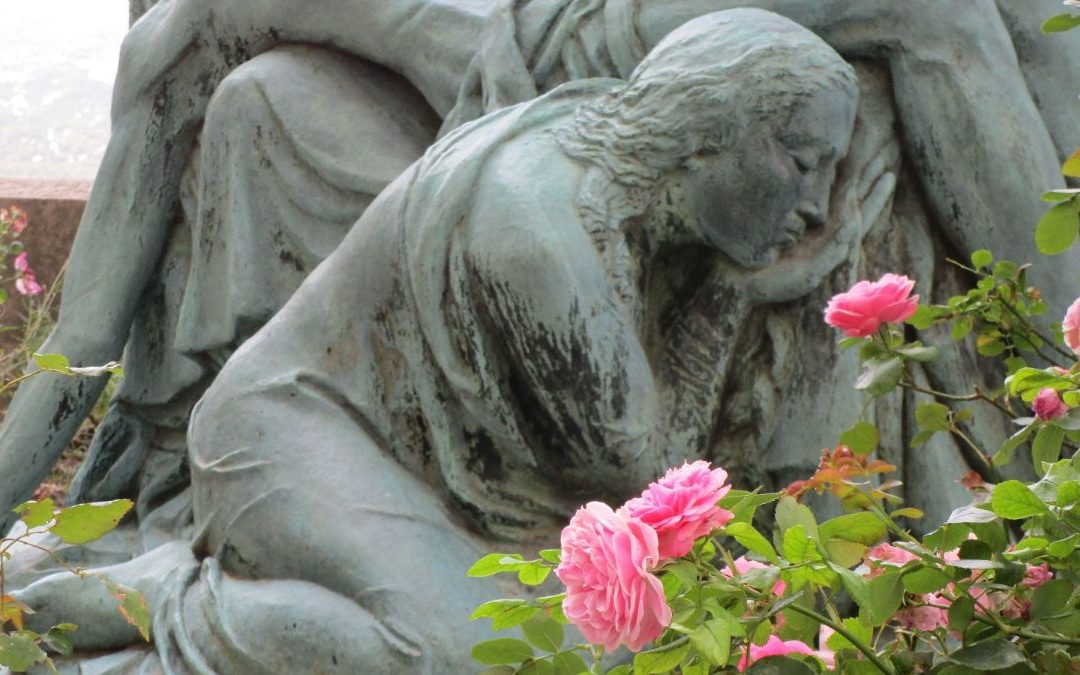 On Good Friday, Christians commemorate the crucifixion and death of Jesus, a man who dedicated his life to bringing Light into the world. This particular day was of major importance to Mary Magdalene’s life, even more important than meeting Jesus and deciding to follow him as disciple. Jesus’ death initiated Mary’s Rebirth.

According to tradition, Mary Magdalene followed her beloved Jesus to the cross and witnessed his death. The man who she loved so dearly, who inspired her like nobody else, who showed her the way to the flame in her heart, was forced to go through the most humiliating death. The horrific scenes of his last day must have torn her to pieces.

RISING AS A PHOENIX
When we lose a very important person in our life, we naturally go through a crisis. The grief can be so immense that we enter depression or take on the victim role. A crisis is a massive opportunity for rebirth, for rising as a phoenix, but of course, when we are in the middle of excruciating pain, we cannot see any opening.

In the pain of her loss, Mary Magdalene visited the tomb of her beloved teacher, friend and perhaps partner. On the third day after Jesus’ burial she saw that the stone in front of the tomb was gone and that the grave was empty. Jesus then appeared to her and explained that he was ascending to God. Mary was the only witness of his appearance. Jesus asked her to share his good news with the other apostles.

MARY COULD HAVE MADE A DIFFERENT CHOICE
What would have happened if Mary had decided not to share what she had witnessed? In the society she lived in, it would have been easier for her to keep what she had seen for herself, for women were looked down upon. Why would she bring herself in a difficult situation, telling men that it was her that Jesus appeared to and not them?

Mary Magdalene decided to step up and share her truth courageously. By doing so, she left the role of the student (disciple) and stepped into the life of an apostle. She became the messenger of the good news, of Jesus’ resurrection. Now, about 2,000 years later, she is known as the apostle of the apostles, for she was the chosen one.

ARE YOU READY?
Stepping into your courage and sharing your truth is the only way to become the best version of yourself. Mary Magdalene understood this and decided to emerge. After Jesus’ death she dedicated her life to bringing Light into the world. According to various traditions, she fled over the Mediterranean Sea and inspired many people with her flame and message of love.

Mary Magdalene’s consciousness is still present and even more in this day and age. She is an important aspect of the rising Divine Feminine Consciousness and when you are ready, she will show you the way to your flame.